Fluctuating Oil futures much ahead than U.S. stockpile data

Crude oil futures seemed to be quite irregular in the trade market this Wednesday, it even exceeded the number of U.S. stockpiles and investors were forced to survive in a fluctuating market. 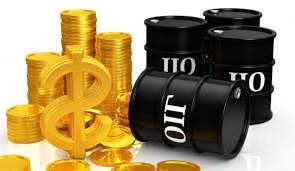 “Over the last few weeks, on EIA inventory day, we have seen strength in crude-oil prices despite large builds in oil supply,” said John Macaluso, research analyst at Tyche Capital Advisors. “It seems as though the recent builds don’t get priced in until the overnight session into the following day.”

Oil found some support Wednesday as the U.S. dollar weakened against the euro. The euro EURUSD, +0.59% strengthened as German business confidence data came in better than expected. A cheaper U.S. dollar DXY, -0.45% helps boost oil demand as oil is a dollar-denominated commodity. It also makes it cheaper as an asset class for portfolio investors.

“The recent crude-oil market has been currency driven, gaining strength from recent weakness in the U.S. dollar,” said Macaluso. “If we see any strength in the dollar following the large build, we expect crude prices to fall.”

Gasoline supplies were down 2 million barrels, while distillate stockpiles were unchanged last week, according to the EIA. The decline for gasoline matched the forecast of analysts surveyed by Platts, but distillates, which include heating oil, were expected to fall by 1.7 million barrels.

McDonald’s Corp (NYSE: MCD), To explore the possibilities in business, McDonald’s has shifted some power to …