Several federal marine sanctuaries will be getting more protection that the existing policies. White House reveals such plans for the “blue Serengeti” located off the north-central coast of California. 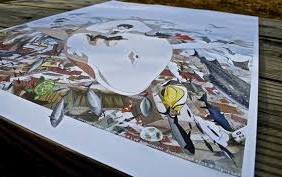 The U.S. National Oceanic and Atmospheric Administration (NOAA) has recently announced the expansion of the current size of the Gulf of the Farallones and Cordell Bank national marine sanctuaries. Officials from the White House have also revealed their plan to offer expansion of ocean protections soon.

Mike Boots, who leads the White House Council on Environmental Quality (CEQ), revealed in a White House blog post that various aspects of the blue Serengeti region will be protected.

Boots writes that the latest expansion from NOAA reflects President Barack Obama’s solid commitment for the protection of coasts and oceans that surrounds the U.S. The oceans are a source of food for people and also create jobs. Oceans and coasts also open new opportunities for tourism. Oceans also offer recreational activities for Americans across the entire nation.

Even though oceans are significant for Americans in many ways, they are still severe threats arising from elevated levels of pollution and overfishing. Boots suggest that the Obama Administration is focused to promote conservation of the country’s coasts.

“The expansion will more than double the current size of the Gulf of the Farallones and Cordell Bank national marine sanctuaries, ensuring that we are protecting all that the region has to offer – from its biologically rich habitats primed for fishing and scientific research to the seascapes and shipwrecks that attract tourists and explorers,” per the White House blog post.

Michael Sutton, who is the vice president for National Audubon Society, Pacific, suggests that the latest plan of expanding marine sanctuaries will work along with California’s network of marine reserves for making the oceans and coast the most protected marine environment in the entire world. The expansion will also help in protecting the spectacular coastline of California.

The latest protected regions of the blue Serengeti includes North America’s one of the most productive upwelling zones. The nutrients that come from the deep waters to the surface sustain a vast variety of sea life, which includes 25 threatened or endangered species, 36 marine mammal species, more than a quarter-million breeding seabirds and great white sharks.