Wage Increase might push through because of Closed Restaurant

A restaurant in Seattle closes because it can’t pay its employee the amount of money the latter needs. Because several people were pushing the idea, there are some commotions about it now. 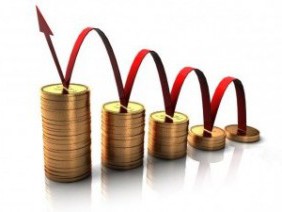 The most significant piece of the pushback comes from the Seattle Times who were kind enough to point out their piece to me:

As it stands now, the claim that these restaurants closed over the minimum-wage issue is false.

That is, they went and asked the owners of the restaurants that closed whether they had done so over the minimum wage and got the answer “No”. This isn’t, however, quite as much of a gotcha as one might think. Simply because the original article (as the Seattle Times itself points out) did not claim that these specific restaurants had closed as a result of the minimum wage. Rather, it used the fact that the restaurants were closing as a lead in to a discussion of the effects that a rise in the minimum wage would have. Which is also what I did, my major statement being this:

Please do note though what is the prediction. Not that there’s going to be a wiping out of employment opportunities, nor that the economy of Seattle is going to become a howling wasteland. Rather, that less human labor will be employed at $15 an hour than would have been employed if the minimum wage had not risen to that amount.

The Seattle Times, in that gotcha piece, actually tells us that this will be so as well:

One of the standard assumptions in economics is that demand curves slope downwards. It’s true that there is a special class of things, Giffen Goods, where this is not true, where demand rises with price. The only two positively identified so far are wheat noodles in North China and rice in South China. But most economists would accept that the staple crop in a subsistence society is likely to qualify. So, perhaps mealie meal in southern Africa, tortillas perhaps in Mexico, bread in 18th century England, potatoes in 19th century Ireland and so on. No, we do not think that restaurant meals in Seattle count as Giffen Goods. Thus we are back with our downward sloping demand curve. Thus a rise in price is going to lead to a reduction in the number of people dining out (no, not necessarily in absolute terms, that depends on the general economy, population changes and so on, which can quite swamp whatever the minimum wage or price increases do. The contention is that higher prices will lead to fewer people dining out less often than not higher prices would). Fewer restaurant meals being served and yes, we do think that employment in serving restaurant meals will fall.

Our destination is the same and it’s the Seattle Times telling us how we’re going to reach it. And we do seem to have some evidence that this is true too:

Do please note something very important here. When we say “fewer jobs as a result of a higher minimum wage” we mean two distinct things. One is that some jobs will be destroyed by the higher wage. The second, and the more important, is that some jobs will not be created as a result of it. So it is not necessary to show that restaurants close, or that the number of restaurant jobs does not fall. If the number of jobs does not rise as we would expect it to given all other changes (ie, population, wealth and so on) then that is a sufficient proof of the contention.

True, Evan Soltas disputes that and sends us instead to here. (An update: Bronars tells us that he is using the revised and just published information, Soltas the old which is what has been revised.) As everyone is going to chose whichever evidence set they prefer why not just feel free to do so? Myself I’m going to call into evidence someone as determinedly left liberal as Jared Bernstein:

Why do views that are known to be wrong or overblown — it’s not that the minimum wage never costs anyone a job, but that the beneficiaries far outweigh the losers — continue to get an equal hearing?

I disagree on whether the total benefits outweigh the total losses but then that’s what we have Opinion sections for. I don’t disagree, as Bernstein obviously doesn’t, that a rise in the minimum wage means that some people are going to lose their jobs. Interestingly, Bernstein approvingly notes the Low Pay Commission in my native UK and their own report into that UK minimum wage shows:

Another reason is that advocates of the minimum wage focus on its macroeconomic effects, where any impact of the minimum wage would be too small to be detected. For example, the Low Pay Commission estimates that 2004’s uprating added just 0.08 per cent to the aggregate wage bill. Assuming a price elasticity of demand for labour of 0.6, and that all the adjustment came in job losses rather than shorter hours, this would have cost just 13,000 jobs. That’s equivalent to less than two days inflows into the unemployment figures.

So, the bottom line is clear and official – the minimum wage costs jobs.

I would also agree with this:

Now, I’m not denying that some people will benefit from the higher minimum wage. Those who keep their jobs and hours will do so, at least marginally. And tax-payers will have a lower tax credit bill. But these gains come at a cost – of lower hours and jobs for some of the low-paid, and lower profits for many small businesses.

There’s no such thing as a free lunch. To pretend otherwise is either dishonest or economic illiteracy.

That piece of mine garnered a couple of hundred comments and there’s several points that were made a number of times. Seems worth answering them in one place.

One was that median Seattle wages are around $65k so it’ll make no difference if the minimum comes up to 40-45% of it. Called into evidence was this:

Which is, as you will note, median household income, not median wages. To see the difference think through your social contacts. How many of them live in a household with only one wage earner? Quite, household income is the aggregate incomes of all wage earners in that household.

Then there was the idea that with these new higher wages then the workers will eat out more and boost trade at the restaurants. So, what’s the fuss about? But I’m afraid that this idea just doesn’t work: paying your workers more to boost your earnings is going to be as successful as lifting yourself by your own bootlaces.

Think through a numerical example for a moment. A simplified one (but these numbers are not far off the basic economics of the restaurant trade). One third of revenues go on rent, one third on paying the workers and one third on paying for the food and booze that is prepared and served. Excellent: so, we raise wages by $100 (we can consider one sole restaurant where all those wages get spent at that restaurant, or all places in the city together, makes no difference here) and all of that money is then spent back into the same system. If the only cost was wages then it would be a wash. But wages aren’t the only cost. Let’s assume that rent doesn’t change but there’s still those food costs. Out of that $100 in extra spending $35 has to go off to buy the food. So, the restaurant (or restaurants in aggregate) now has an extra $65 in gross margin but they’ve got an extra wage bill of $100. This is not known as being a profitable thing to do. In fact, this would be generally known as “making a loss” on the deal.

A couple of people asked why we’re worrying about the effects on the restaurant industry? It’s not exactly all that important is it? The reason we do so is because the restaurant industry employs something like half of all the people who do get the minimum wage. We don’t go looking for minimum wage effects among Silicon Valley engineers because the minimum wage simply isn’t a binding constraint upon them: it has no relevance whatever for their job prospects or pay. It does have some relevance for the industry which is the major employer of minimum wage labour: that’s why we go and look there.

Several made the point that the wage rise hasn’t happened yet so how could it be affecting anything now? The answer being that business people (at least those who stay in business tend to) have things called “budgets”, even “business plans”. These are attempts to peer into the future and work out the implications of changes we know are coming. Thus if such a budget shows that labour will cost more in the future at least experimentation on labour light production methods will start now. Precisely because people do attempt to divine the future then future price changes alter behaviour now.

And finally, let me once again draw attention to what the prediction is:

Please do note though what is the prediction. Not that there’s going to be a wiping out of employment opportunities, nor that the economy of Seattle is going to become a howling wasteland. Rather, that less human labor will be employed at $15 an hour than would have been employed if the minimum wage had not risen to that amount.

Please note, even Jared Bernstein agrees with this point. It is not controversial in the slightest.