A New Study found that non-invasive ultrasound technology is useful for treating Alzheimer-like disease and bring back memory in mice. Said findings have been reported already in Science Translational Medicine. 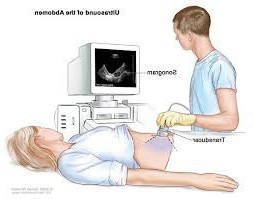 Welcoming the findings, Queensland Premier Annastacia Palaszczuk said they could have a wide impact for the community.

“The Government’s AU$9 million (~US$6.98 million) investment into this technology was to drive discoveries into clinics, and today’s announcement indicates that together with the Queensland Brain Institute, it was a worthwhile investment,” Palaszczuk said.

“I want my Government to encourage more of this type of innovative research. These exciting findings will hopefully be of benefit to all Australians in the future.”

“The word ‘breakthrough’ is often mis-used, but in this case I think this really does fundamentally change our understanding of how to treat this disease, and I foresee a great future for this approach,” he added.

Alzheimer’s affects more than two-thirds of dementia patients, and approximately a quarter of a million Australians. The total number of dementia cases in Australia is expected to rise to 900,000 by 2050.

“With an ageing population placing an increasing burden on the health system, an important factor is cost, and other potential drug treatments using antibodies will be expensive,” Götz said.

“In contrast, this method uses relatively inexpensive ultrasound and microbubble technology which is non-invasive and appears highly effective. The approach is able to temporarily open the blood-brain barrier, activating mechanisms that clear toxic protein clumps and restoring memory functions.

“With our approach the blood-brain barrier’s opening is only temporary for a few hours, so it quickly restores its protective role,” Götz said. Research has been conducted using mice with an Alzheimer’s model, with the next step being to scale the research in higher animal models ahead of human clinical trials, which are at least two years away.

“This treatment restored memory function to the same level of normal healthy mice,” Götz said. “We’re also working on seeing whether this method clears toxic protein aggregates in neurodegenerative diseases other than Alzheimer’s and whether this also restores executive functions, including decision-making and motor control.”