Great Recession is to be blamed for increase in Suicide Rate

During the past few years, there is a rise in the number of suicides in the US. Most of these deaths occurred in the job. Study says, type of work is culprit. 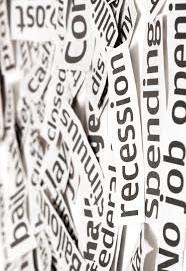 The study, published Monday in the American Journal of Preventative Medicine, found that 1,719 people committed suicide at their workplace between 2003 and 2010, out of 270,500 suicides in total.

The paper looked at the Bureau of Labor Statistics’ Census of Fatal Occupational Injuries to evaluate data between 2003 and 2010. The researchers did not include data from military personnel.

It found that workplace suicide declined steadily until 2007, but has since risen sharply, jumping from 1.2 completed suicides per 100,000 people in 2007 to 1.7 in 2008. The groups identified to be most at risk of workplace suicide were men and people aged between 65 and 74. It occurred most frequently among those employed in protective service occupations and those in farming, fishing and forestry. This is consistent with figures that have shown that the risk of suicide, especially among young people, rises dramatically in rural areas.

“Occupation can largely define a person’s identity, and psychological risk factors for suicide, such as depression and stress, can be affected by the workplace,” said Hope Tiesman, lead researcher for the study and epidemiologist at the National Institute for Occupational Safety and Health (NIOSH), according to MedicalXpress.

“Suicide is a multifactorial outcome and therefore multiple opportunities to intervene in an individual’s life — including the workplace — should be considered. The workplace should be considered a potential site to implement such programs and train managers in the detection of suicidal behavior, especially among the high-risk occupations identified in this paper,” she added.

Previous studies have shown that suicide rates correlate with times of economic difficulty, with one study estimating that 10,000 avoidable suicides took place since the start of the Great Recession. Groups, especially at risk, include the unemployed and those suffering from mental illnesses such as depression. Depression is estimated to cost $44 billion in lost wages every year in the U.S.

Tiesman said the study underscores the need to consider suicide as more than a personal failing, and to pay further attention to the disease in a wider context. “This work is important since it continues to highlight the impact of suicide in this country — even among those who are gainfully employed,” Tiesman told the Huffington Post. 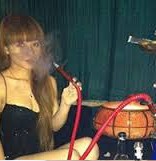 Water pipes is even more dangerous than cigarettes, Experts says

Health experts worried about the growing popularity of water pipes. The pipes that was first …