New study has revealed that doctors commit mistakes in diagnosing breast cancers. About 75 percent of the breast cancer biopsies are wrong. It will be best for women to get second opinion. 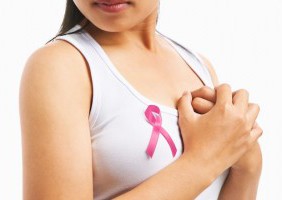 The paper discusses the results of a study which found that many pathologists were not able to properly diagnose breast tissue biopsies which, of course, reveals that misdiagnosing a biopsy could lead (or likely has led) to improper care, which involves both under treatment as well as over treatment.

Perhaps more importantly, they study also suggests that perhaps biopsies are no longer the gold standard, go-to, diagnostic tool they were once believed to be.

Indeed, lead study author Dr. Joann G. Elmore, a professor with the University of Washington School of Medicine says that biopsies are definitely not the definitive answer we need. Breast Cancer Approximately 1.6 million women receive breast biopsies in the United States every year. Of this population about 20 percent of these women receive a diagnosis for breast cancer. Approximately 10 percent are identified to be atypia: abnormal cells inside the milk ducts that are not cancerous. About 60,000 of these women learn they have something called ductal carcinoma in situ (DCIS), which refers specifically to cellular abnormality in the milk ducts.

However, experts do not always agree whether or not this is considered cancer.

Elmore actually goes on to say, “Women with atypia and DCIS need to stop and realize it’s not the same thing as invasive cancer, and they have time to stop and reflect and think about it, and ask for a second opinion.”