California may face megadrought after a year: Scientists

Californians need to worry more than earlier thought in terms of megadrought. Scientists say only one year of water reserves is left. 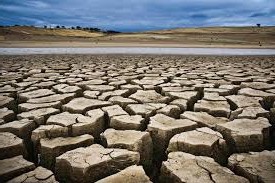 “The state has only about one year of water supply left in its reservoirs, and our strategic backup supply, groundwater, is rapidly disappearing,” Jay Famiglietti, senior water scientist at the NASA Jet Propulsion Laboratory/Caltech, wrote in a Los Angeles Times op-ed last week. And we’re not ready, he wrote: “California has no contingency plan for a persistent drought like this one (let alone a 20-plus-year mega-drought), except, apparently, staying in emergency mode and praying for rain.”

Forty percent of the state’s water comes from under ground and 80% of Californians rely on a part of that. At least 80% of the state’s total water supply, which includes runoff from snowpack in the mountains, is used by agriculture. We take far more water out of the aquifers than flows into them and have been for more than a decade. Some of groundwater we are presently tapping, as we desperately drill deeper into the Earth, is 20,000 years old. Vance Kennedy, a retired research hydrologist in the Central Valley, told the Center for Investigative Reporting, “What I see going on is a future disaster. You are removing water that’s been there a long, long time. And it will probably take a long time to replace it. We are mining water that cannot be readily replaced,” said Residential and agricultural users have already felt the sting of some mandatory restrictions, but that is nothing compared to what it would take to stop the rapid draining of underground resources. The physical, economic and social landscape of California is about to dramatically change, with or without political intervention, and Famiglietti had a few suggestions about what might cushion the blow.

At the risk of rendering his proposals dead on arrival, he says action must happen now. Although the FebruaryField Poll (pdf) says 94% of Californians understand we are in a serious drought, only a third want mandatory rationing. Tough. They have to suck up heavy rationing, as do industry and agricultural sectors, Familglietti wrote. Second, we have to rewrite last year’s Sustainable Groundwater Management Act, so we don’t have to wait 30 years to find out if our newly-created regional groundwater sustainability agencies actually work.

“By then, there may be no groundwater left to sustain,” he wrote.

Third, if the state is going to plan long-term, it should do it right. None of the task forces currently studying the issue is preparing for a “perennially water-stressed California. . . . It will require major changes in policy and infrastructure that could take decades to identify and act upon.”

Now that sounds more like a time-frame people can comprehend. Which leads to his final point: the public better figure out the direction public policy should be headed because “a handful of decision-makers” aren’t going to get the job done.

According to the Field Poll, they haven’t figured it out yet. Only 10% think water storage and supply facilities are more than adequate but 38% think they squeak in under the wire. Only 34% favor mandatory rationing, up seven percentage points from the year before.

Major clashes over how much pain will be felt, where and by who, will play out over time in a fevered political arena before an ill-informed public under emergency conditions.

Famiglietti wrote, “Our state’s water management is complex, but the technology and expertise exist to handle this harrowing future.” We have one year to show some recognition of the problem and do something real about it. That might provide an interesting reality check for people like Stephen Moore, a senior fellow at the conservative Heritage Foundation, Fox News contributor and Orange County Register columnist. In a scathing critique of those who belittle climate change skeptics, he questions “the settled science, if only because of the Stalinistic approach which commands everyone believe.”

It’s all about freedom and an attack on free-market capitalism, not “imbeciles, stooges of industry and right-wing Republican ideologues.” At least Moore understands the sentiments of his critics, if not their scientific arguments and evidence. He will wait to see the proof, and measure it against the wisdom of New York Yankees philosopher/catcher Yogi Berra, who said, “It ain’t over ‘til it’s over.” 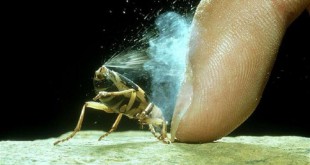