Saudi Arabia has plans on expanding local refineries while it maintains its share of the global crude market point. They want to supply more countries with their oil reserves. 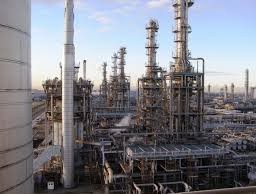 The world’s largest oil exporter will probably increase output this year to feed new refineries, deepening a global supply glut, according to analysts at Societe Generale SA and DNB ASA. The kingdom may go as high as 10 million barrels a day by April, according to Torbjoern Kjus, an analyst at DNB in Oslo. That would be the most in more than two years, according to data compiled by Bloomberg.

“Saudi Arabia will do the same thing as other OPEC members have always been doing: They’ll produce as much as they can,” Kjus said by phone March 11. Fellow OPEC members, the United Arab Emirates and Kuwait, will probably do the same because “they don’t want to be holding back on any potential exports.”

Crude’s rebound from the lowest in almost six years has faltered amid speculation that a global supply surplus may worsen. U.S. production and stockpiles continue to rise from the highest level in three decades, even after last year’s price slump of almost 50 percent. The Organization of Petroleum Exporting Countries has pumped more than its daily production target of 30 million barrels for nine months.

A February rally in the price of oil has been followed by two weeks of declines. West Texas Intermediate, the U.S. benchmark, traded at $43.68 a barrel in electronic trading on the New York Mercantile Exchange at 12:42 p.m. Singapore time. The contract fell to $42.85 Monday, the lowest since March 2009.

Saudi Arabia, Kuwait, the U.A.E., Qatar, Bahrain and Oman will raise their combined refining capacity to 5.4 million barrels a day this year, an increase of 17 percent from 2014, according to Vienna-based JBC Energy GmbH. They will be able to process 6 million a day by 2020, the consultant estimates.

Saudi Arabia plans to start the main unit for making gasoline at the new 400,000 barrel-a day refinery at Yanbu on the Red Sea by the middle of the year. Another plant with the same capacity is scheduled to begin operation in 2017 at Jazan. The kingdom’s oil-product exports rose 44 percent last year following the start of the Jubail refinery, according to the Riyadh-based Joint Organisations Data Initiative.

In the U.A.E., the Abu Dhabi National Oil Co. is more than doubling the capacity of the 400,000 barrel-a-day Ruwais refinery. The International Petroleum Investment Company, a fund that focuses on energy, is also considering opening a 200,000 barrel-a-day refinery in the emirate of Fujairah.

“Clearly the game plan is to increase product exports, to try to capture the extra margin,” Mike Wittner, head of oil research at Societe Generale, said of Saudi Arabia’s plans by e-mail March 11. “If they want to increase crude exports, they would need to increase crude production even further. Either way, those would be bearish headlines.”

Since 2010, Saudi Arabia, Kuwait and the U.A.E have increased their combined crude-oil output by about 3 million barrels a day, according to OPEC data. The group estimates that it pumped 30.022 million barrels a day last month, 1.9 million more than the forecast for global demand for its crude in the second quarter.

The effect on the global crude market of any additional production from these countries would be limited if the oil is processed locally before being exported, according to BNP Paribas SA. It would have a more pronounced impact on the prices of refined fuels and profits of European and Asian refiners, the bank said.

“You’ll have an upward drift in production in countries like Saudi Arabia,” Harry Tchilinguirian, BNP’s head of commodity-markets strategy, said by phone from London March 11. “But it doesn’t necessarily mean more crude will be delivered to the international market.”

Saudi Arabia increased crude production to 9.85 million barrels a day last month, the highest since September 2013, according to data compiled by Bloomberg. The country does not want to cede its share of the market and will continue to supply enough to meet its customers’ demands, Oil Minister Ali al-Naimi said in a speech in Berlin on March 4.

“There’s a genuine possibility of the Saudis keeping production high,” Miswin Mahesh, an analyst at Barclays Plc in London, said by phone March 11. “They will definitely have a rethink in terms of how much they’re keeping below the ground.” 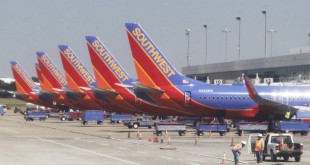 United, Southwest and Alaska Air Culminate on Strong US Demand

Southwest Airlines Co. has posted first-quarter earnings that exceeded expectations, which amounted to $ 435 …