‘Stop the Robots’ organization protested over the weekend at South by Southwest against the emergence of AI and intelligent robots so that such technologies don’t take over human roles. 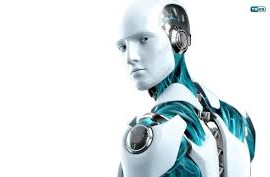 The group’s goal isn’t to stop all robots and AI. Rather, the group is trying to further the message that some leading technology figures, like Elon Musk, have been discussing recently: that AI could eventually be really dangerous. Musk has even helped to fund an organization that promotes research that aims to help AI cater to the good of mankind. Stop the Robots’ goal is quite similar. It wants to make sure that AI and robots “empower humans, rather than replace them.”

The group is composed of students from The University of Texas at Austin who appear be in fairly tech savvy fields. They showed up to SXSW holding posters with sayings like “humans are the future” and chanting “I say robot, you say no-bot,” according to USA Today. Altogether, it appears to have been a simple gathering, but its message is clearly striking a chord at the tech-friendly festival.

“We’re technologists that love technology,” Mason tells Yahoo Tech, “and we foresee a future where technology is necessary for mankind.”

The group just wants to make sure technology doesn’t obsolete mankind in the process.

Canada is eminent for its New horned dinosaur

More than what was though primarily, Potential pain relieving cone snail venom is practically intricate enough to analyze