Adobe has come with cloud-based service along with couple of new mobile apps to offer more simplicity to consumers and business houses in editing, sharing and managing work with digital documents. 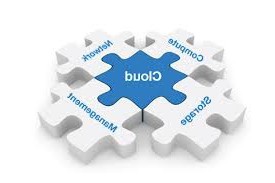 “This is not about digitizing paper. It’s about getting work done,” said Kevin Lynch, senior vice president and general manager of document services at Adobe. “Asking customers to print out, sign and fax back a document is just archaic.”

Adobe’s new services represent only the latest effort to move to the long-promised paperless society. Although digital documents have been the norm for three decades, e-signatures have been legal for nearly 15 years and cloud-based document storage services have been around for the better part of a decade, consumers are still pushing plenty of paper. A recent study by tech research firm IDC indicated that 80 percent of all documents are printed out at some point in their development, in large part for the purpose of gathering signatures.

Having to resort to physical printouts for signatures can be expensive, time-consuming and risky, said Melissa Webster, an analyst who covers content and digital media technologies for IDC.

Adobe has patterned its new Adobe Document Cloud service after its other Internet-based services for Creative and Marketing applications. Users will be able to store documents in the Adobe-created — and widely used — PDF format in Document Cloud. As they could with other cloud-based services, users will be able to access and edit the same documents stored on Document Cloud whether they are on their PCs or on mobile devices. The service will also keep track of which documents users were last accessing, allowing them to resume working with the same document when they move to a different device.

But the Document Cloud service is more than just a Google Drive or Dropbox clone. The service also includes built-in support for electronic signatures. Users will be able to use the service to digitally distribute documents that need to be signed or to e-sign documents that have been forwarded to them. The service can keep track of where documents are in the signing process and what signatures are still outstanding.

The service also will include a feature that allows users to scan in paper documents and then edit them as if they were digital ones. An executive could use one of the new Adobe apps on her smartphone to scan in a contract — with the phone’s camera — and then edit the document using the device’s keyboard. Adobe’s technology will not only recognize text on the page, it can recognize and duplicate the font that was used.

Likewise, a parent could use one of the new Adobe apps on his tablet to scan in a school form and fill it out using its keyboard. The app will adjust the size of the font so that the text will fit in the box.

“Adobe seems to be bringing together a lot of technology in one package,” said IDC’s Webster.

Adobe will be launching Document Cloud, a cloud-enabled version of its Acrobat PDF editor software, and its mobile apps including a new PDF Reader within the next month. The company will be offering some apps and services — such as the ability to scan in and fill out paper forms — for free. Others, including the ability to create or edit PDF documents, will cost $20 a year to $15 a month.

Although other companies offer cloud-based storage and even e-signature services, Adobe is one of the first to try to offer an all-in-one package. The popularity of Adobe’s Acrobat and Reader software and the company’s position as the creator of PDF could help give it a leg up on rivals and push the paperless office forward, analysts say.

“Very few companies have a franchise like that,” said Craig Le Clair, a principal analyst at Forrester Research.

What they’ll do: Store, edit and manage PDFs. Users will be able to send documents out for e-signatures and track their progress. They’ll also be able to scan in paper documents then edit or sign them digitally.

Price: Some apps and services will be free. More advanced features will cost $20 a year to $15 a month. 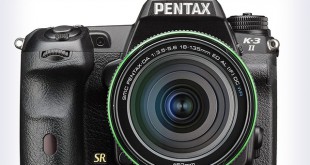 Pentax K3 II offers some interesting features which is a development of the previous versions, the integrated GPS, increased resistance tos hocks, and high resolution capture mode. In addition there is a …