Researchers at the Howard Hughes Corp Medical Institute in Illinois have come up with a new 3D printer that helps in simplifying chemical synthesis of small organic molecules.

A team led by Martin Burke, an HHMI researcher at the University of Illinois at Urbana-Champaign, has synthesized 14 distinct classes of small molecules from a common set of building blocks with an automated system. The team believes the system will eventually enable the production of thousands of different molecules with a single machine, which they call a “3D printer” for small molecules. 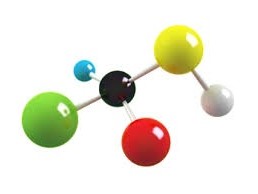 The new research was published in the March 13, 2015 issue of the academic journal Science.

The current method for synthesizing small molecules is time consuming and not available to most chemists. “A lot of great medicines have not been discovered yet because of this synthesis bottleneck,” Burke notes in an interview with Phys.org. But he plans to change that. “The vision is that anybody could go to a website, pick the building blocks they want, instruct their assembly through the web, and the small molecules would get synthesized and shipped,” Burke explains. “We’re not there yet, but we now have an actionable roadmap toward on-demand small-molecule synthesis for non-specialists.”

Small molecules are common in nature, and many have been adapted for practical applications already. Of note, most new drugs developed today are small molecules. Technologies such as LEDs, diagnostic tools, and solar cells are also based on small molecules. “Small molecules have already had a big impact on the world,” Burke commented. “But we’ve barely touched the surface of what they’re capable of achieving. In large part, that’s because there’s a major synthesis bottleneck that precludes accessing all of their functional potential.”

Burke notes that the current process to obtain small molecules is quite slow. “Every time you make a molecule you have to develop a unique strategy. That customization is slow,” he says. Furthermore, it requires expertise. “Currently you have to have a high degree of training in synthesis to make small molecules.”

Plants, animals and bacteria all produce many small molecules with protein-like functions. Burke argues that with some chemical modifications, it may be possible to optimize a few of these natural products to replace missing proteins to restore patients’ health. However, to accomplish this, the team must synthesize and test not just the small molecule found in nature, but the new versions with the targeted modifications.

Creating these custom molecules is a huge barrier in drug discovery, according to Burke. “Doing real atomistic modifications to transform nature’s starting points into actual medicines is really, really challenging. The slow step in most cases in the synthesis. As a result, many natural products don’t get worked on in any practical way.”

The researchers also learned from nature to improve the synthesis of the molecules they were studying, and have now developed a more general approach. “Nature makes most small molecules the same way,” Burke explains. “There are a small number of building blocks that are coupled together over and over again, using the same kind of chemistry in an iterative fashion.”

Given that small molecules are naturally modular. Burke and his team analyzed the chemical structures of thousands of different natural products to identify the basic patterns. “There are building blocks that appear over and over again, and we’ve been able to dissect out the building blocks that are most common,” he notes.

The small-molecule 3-D printer takes these building blocks and snaps them together like pop beads with a standard chemical reaction. They have already synthesized 14 different small molecules, from relatively straightforward linear structures to complex, folded molecules with multiple chemical rings.

The technology is now mature enough to synthesize a range of complex natural products, so the atom-by-atom modifications that researchers need to optimize these molecules into therapeutic compounds or technological tools are now feasible. Burke has founded a company named REVOLUTION Medicines to continue to develop and commercialize the technology.

Previous College degree is a sure ticket to middle-class life, says Obama
Next Time to Say Happy Birthday to the first Dot Com domain