Following the footstep of their competitors, Burger King now refuses to include soft drinks from their children’s meal menu. Instead of soft drinks, the value meal now includes healthy drinks.

Burger King had withdrawn soda from kids’ meals as part of a new national policy that had been implemented online and is being rolled out across its US franchises. 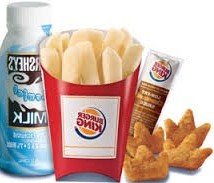 Alex Macedo, the president of Burger King North America, said the move was made as part of an “ongoing effort to offer our guests options that match lifestyle needs”.

The high-calorie carbonated and sugary drinks are still an option for adults, but they are not listed on Burger King kids’ menu.

Children can still be served soft drinks at Burger King chains, but they will have to be purchased separately from the combo meals designed for them.

The kids’ meals in Burger King will now include milk, chocolate milk, apple juice or water with the customary items such as chicken nuggets and fries, rather than sugary soda from the soft drinks fountain.

Health and nutrition advocates see the move of Burger King as a significant victory in the public health battle against obesity.

The Center for Science in the Public Interest, a consumer advocacy group based in Washington DC, has been lobbying fast food giants for two years to take the action and praised Burger King’s “really important step”.

Margo Wootan, director of Center for Science in the Public Interest, said the move by Burger King would make it easier for parents to say no to children’s request for soda with their meals and would help prevent children from developing the habit of having sugary drinks with a meal.

McDonald’s initiated a public announcement in 2013 when it took the soda option out of its kids’ “Happy Meals” combinations.

Wendy’s had also dropped soda from its children meal menus.

According to the Centers for Disease Control and Prevention, the percentage of children ages 6-11 years in the US who are obese increased from 7% in 1980 to almost 18% in 2012. Youngsters, ages 12-19 years, who suffer from obesity increased from 5% to nearly 21% over the same period. 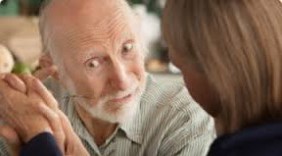 Dementia Study gets an Additional $100 million

Several leading drug makers and the British Government are backing the fight against dementia. The …