FCC: The Federal Communications Commission decided that in a 3-2 ruling last month, broadband internet providers were “telecommunications services” and placed them under the control of the 81-year old Communications Act of 1934. In modern shorthand, the FCC ruled in favor of net neutrality.” As usual, one half of the nation’s political class exploded in cheers, happy that the ruling had “saved” the internet, while the other half bemoaned the “loss” of some bizarre notion of internet freedom. 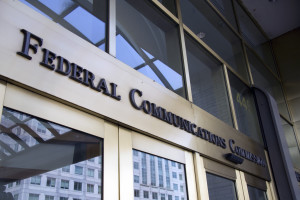 At the end of the day, internet users didn’t notice any difference. Speeds didn’t increase or decrease. Service didn’t improve or get worse. Bills haven’t gone up or down. In fact, the FCC ruling did little more than codify the way the internet has always worked.

The fascinating thing about the term “net neutrality” is that it is one of the precious few buzzwords that accurately describes the more intricate thing it designates. The concept of network neutrality, first laid out by Tim Wu of Columbia Law School, is simple: all traffic on the internet should be treated equally. In other words, service providers should not be able to give broadband priority to some websites or services based on their content or size. ISPs also cannot grant preferential treatment to those who pay to access their network.

If that sounds sensible to you, then you’ve probably lived your entire life in a country with a telephone system that doesn’t discriminate between different types of phone calls. That happens precisely because the government mandates pretty much the exact controls over telephone companies as it now does over ISPs.

Critics of this plan, mostly those who oppose federal control over how the internet operates, came up with all sorts of reasons why net neutrality was the worst idea ever. Some made the usual noise about “government interference” in the free market, while at the same time ignoring the fact that the federal government, not the free market, created the internet in the first place. Others claimed that the inability of ISPs to give preference to some organizations — like those in the medical or emergency services field — could create problems. Of course, these particular critics failed to say whether the FCC rules would prohibit anyone from building networks specifically for those services, which is entirely feasible. At the end of the day, net neutrality opponents waved the flag of freedom in order to hide their desire to help internet service providers.

The anti-net neutrality crowd also argued that a pro-neutrality ruling would stifle innovation. But if we take “innovation” to be the creation and implementation of new ideas, services, and products to overcome existing problems, then how do the “innovators” expect to be taken seriously when they can’t find innovative ways to deal with existing problems? They can’t, and they shouldn’t be. Again, the innovation argument is a false flag to cover up the fact that corporations want more control of what should be common property of all people.

On the other hand, supporters of net neutrality are patting themselves on the back for doing something that ultimately doesn’t address the real problem, a problem that has faced the internet since before most people knew what the internet was: the commercialization of the online world.

The thing is, the battle to “save” the internet was lost — and almost entirely without a fight — over 20 years ago when the federal government began the process of privatizing the functions of the internet, which had initially been created by the Defense Department to solve problems in wartime communications (apparently, right-wing critics are wrong — the government can innovate, especially when the money-making business of modern warfare is involved). Later, the internet was transformed into a network that allowed academics and scientists to collaborate and a playground for people to create new, online identities.

But with the explosion of dot.com startups in the 1990s, the internet was transformed into what is, at best, a form of television and, at worst, a never-ending stream of gaudy highway billboards. Long gone is an internet that existed solely for communication, research, and self-expression. Today’s internet is designed solely to sell everything you’ve ever wanted and 10 million things you never even knew you needed.

But thanks to the FCC, at least now we know that online advertising will be able to reach us on our laptops, tablets, and smart phones with the same ease as the meaningless content it supports.

In the near future, electric cars with an iOS software will be possible. Recently, company …