An upcoming biography on Apple co-founder Steve Jobs reveal he was offered liver by present Apple CEO Tim Cook. Titled ‘Becoming Steve Jobs: The Evolution of a Reckless Upstart into a Visionary Leader,’ the book is written by Brent Schlender and Rick Tetzeli, and is scheduled to go on sale from March 24. 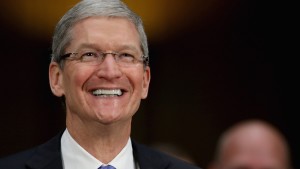 “From what I’ve seen, some of the stories are pretty sensational – providing new details into the close relationship between Jobs and Cook, revealing Jobs’ secret plan to buy Yahoo!, and much more,” says Dormehl.

One of the most explosive revelations of the upcoming biography is the story of Cook offering an ailing Jobs a portion of his own liver when Apple’s visionary leader was in the need of a donor. Cook and Jobs shared the same rare blood type. But Jobs turned the offer down.